Shares in the Promise 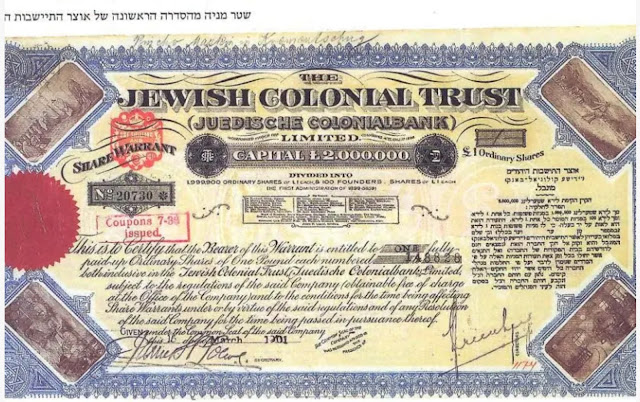 Buying Shares In the Promises of God.

Invested. Some realities seem to make our promises impossible. However, something inside of us says, “I want to invest in the impossible.” People talk about it. People pray about it. People hope in it. These are all micro-investments into the big idea of our promise that seems to be impossible. I suggest people of faith have been investing in God’s promises. One of the earliest examples was Abraham. And those promises God gave Abraham was about land. A land promised to his seed. And throughout the Biblical narrative, it is inseparable. In Genesis chapter thirteen, God told him, “Arise, walk through the land in its length and in the breadth of it; for I will give it unto thee.” Four thousand years later, a woman in a land far removed from the land of promise. Sadie Weiss in 1923, a daughter of Abraham, one of the millions who are scattered throughout the world because of God’s judgment upon their idolatry and rebellion, there was still hope in the promise of God bringing them back. She was so persuaded that she invested in it. Her grandchildren today can hold in their hands stock certificates of our faith. And her Great Great Grandchildren now live in the land she could only hope. Sadie Weiss, gives us an example of the natural seed of Abraham investing in the physical promise of the land of Isreal. Today, I suggest that we are of Abraham’s spiritual seed and are persuaded of the same sort of promise, but not of an earthly land, but a home far beyond the sky, a land far away. We can invest our lives, hearts, and hopes in these eternal promises. I am invested. If the Lord tarries, I pray that my faith is not merely shares found in paper stocks, but they will be no less invested in that kingdom to come.

News Article of this story.